This is my review of the Keurig K Elite vs Keurig K Supreme, two of Keurig’s most high-end and expensive machines.

I own the Keurig K Supreme Plus, the direct upgrade of the Supreme, and spent a whole day researching these two machines to create this comparison.

The Keurig Elite is a marginally more expensive machine than the Supreme (although this can vary between retailers) so I’ll be paying particular attention to whether the Elite justifies this additional cost over the Supreme.

Should I Buy The Keurig Elite or the Keurig Supreme (Quick Answer)?

You should buy the Keurig K Supreme over the K Elite. The Keurig K Supreme makes better tasting coffee than the Elite as it punctures K cups with five needles rather than one, resulting in a more even and thorough extraction of coffee grounds.

The Supreme is also more compact and easier to use than the Elite.

The only circumstances where I would recommend purchasing the Elite over the Supreme is if you plan on making 4 oz K cup coffees or if you prefer light roast K cups.

The Elite brews at a higher temperature than the Supreme and allows you more control over brewing temperatures.

Light roast coffees require higher brewing temperatures than dark and medium roasts so the Elite is better than the supreme at making these types of coffees.

Below is a table that shows the features and specifications of the Keurig K Supreme and Keurig K Elite.

Let’s have a closer look at how the differences between these two machines affect their ability to make good coffee and user-friendliness.

The Keurig K Supreme makes better coffee than the Keurig K Elite due to the fact that it punctures K cups with five needles at the top rather than one. This means that coffee grounds are more evenly and thoroughly extracted when brewed in the Supreme compared to the Elite resulting in more flavorful and better-bodied coffee.

There are three relevant variables that affect how well the Keurig K Supreme and Keurig K Elite make coffee. These are:

(While I know that the coffee-to-water ratio also greatly affects coffee quality, this variable is the same between the two machines so I won’t be talking about it here).

The Keurig K Supreme extracts coffee more evenly than the Elite as it punctures K cups at the top with five needles rather than one.

Water flows into the coffee-ground-filled K cups from these puncture holes.

This means that more puncture holes will result in more water coming into contact with ground coffee. This will create a stronger and better-bodied cup of coffee.

The Keurig Supreme brews coffee for a longer amount of time than the Elite. This means that coffee from the Supreme has a richer flavor than from the Elite. This is despite the fact that both machines have a “strong” button.

The table below shows how long each machine brews coffee for when each of its strength settings is selected.

The Elite has six temperature settings, allowing you to brew in one-degree Farenhet intervals from 187 Fahrenheit to 192 Fahrenheit.

The Supreme just brews everything at one temperature. This brewing temperature is very hard to measure since its maximum heat only occurs within the machine, however, it is thought to be in the late 180s Fahrenheit.

The Keurig K Supreme, in the vast majority of cases, still makes better coffee than the Elite.

The only exception to this is if you are brewing with light roast coffee pods.

Light roast coffee pods need higher brewing temperatures than dark or medium roasts, therefore the Elite does a better job of brewing these types of coffees than the Supreme.

The Keurig K Supreme is an easier coffee machine to use than the Keurig Elite due to the fact that its reservoir is much easier to remove and fill. The Elite’s auto-on might make it a better choice if the speed of making a coffee is a big part of your buying decision, however

The Keurig K Supreme has a tall “pitcher style” reservoir with a handle. It attaches to a pad beside or behind the machine (depending on where you choose to position it) meaning you can easily lift it off the machine, fill it up at the sink and place it back down.

The Elite’s reservoir is much more difficult to remove and reattach to the machine than the Supreme’s.

It is flat, wide and attaches flush to the side machine. This means that to remove it you either need to rotate the machine or lean over the machine.

The Elite’s reservoir also has no handle meaning that it has to be carried with two hands. This, combined with its width, means that it is hard to carry when full without sloshing water everywhere.

The “eligible” buttons at each stage of the coffee-making process flash on both machines so you are left with no doubt about which buttons you need to press next.

The Elite allows you to programme it to turn on and warm up at a specific time (you set this time on a digital alarm clock built into the machine). This can save you an extra couple of minutes in the morning.

The Supreme does not have this auto-on functionality.

Both machines are cleaned in a similar way, however, there is a known issue with some Keurig K Supreme’s where the heating element immediately dies after the machine is descaled. This only affects a small number of machines, but can be hard to fix if it happens.

Both machines are easy to clean, with the parts that come into direct contact with coffee and water being removable so you can wash them up in the sink (neither machine has dishwasher-safe parts, unfortunately).

Other than that both machines just need to be descaled, and you can do this by running a 12 oz brew with vinegar or descaling solution.

The Supreme goes into descale mode every 250 brews. The Elite is smarter than this and senses when it needs to be descaled.

Since descaling a machine as soon as its pipes begin to get clogged is essential to its good maintenance, the Elite’s smart descale mode means that it might last longer than the Supreme.

There is a known issue with some models of the Supreme that the heating element dies after it descales.

This is particularly likely to happen if the reservoir empties while it’s in descale mode. You can find a thread about this on the Keurig subreddit here.

The reservoir of the Supreme is so much easier to fill than the Elite that it has to be considered an easier machine to use. The known issue with the Supreme’s heating element failing after a descale counts against it, but this only seems to affect a small proportion of machines.

The Keurig K Supreme is much slimmer than the Elite. Its adjustable reservoir position makes it much better suited for crowded countertops.

The Elite has a square shape, whereas the Supreme has a slimmer rectangular shape.

The Elite comes in three glossy colors to give it a metallic looking finish despite being made out of plastic.

Supreme just comes in black. It’s clearly made of plastic and makes no attempt to hide this.

Although many might prefer the way the Elite looks, the Supreme is a more compact machine and I love how you can adjust its dimensions by moving its reservoir. The Elite is a large machine and it’s very unsuitable for crowded countertops especially given how awkward it is to remove its reservoir.

I’d recommend the Keurig K Supreme over the Keurig K Elite for the main reason that the Supreme simply makes better coffee than the Elite. 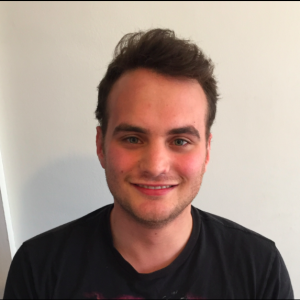 Quick Answer: I would recommend buying a Bonavita coffee maker, in particular the Bonavita Connoisseur 8-Cup. This is my Bonavita

This is my roundup of the best Technivorm Moccamaster (I’ll refer to these as “Technivorm” throughout this article) coffee makers.

Quick Answer: The Best Under Cabinet Coffee Maker is the Bonavita 5-Cup. This is my roundup of the best under-cabinet

Quick verdict: The best single-cup coffee maker with a grinder is the Gevi 4-in-1 This is my roundup of the

Quick verdict: The Best Ninja coffee maker is the Ninja DualBrew Pro CM401 This is my roundup of the Best

Quick(ish) Answer: The best plastic-free automatic coffee maker is the Bunn VP17-1SS but you need to buy a separate stainless